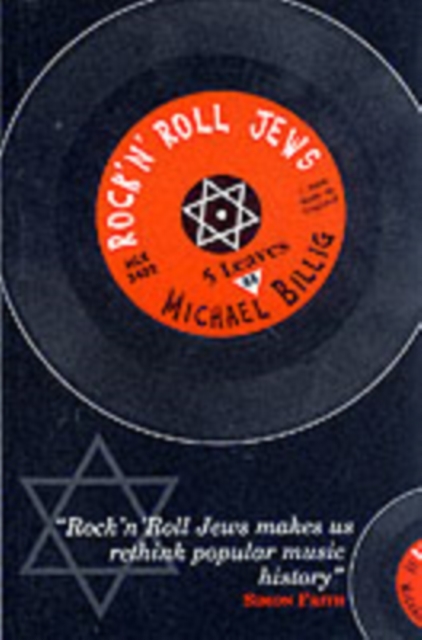 “This book is endlessly fascinating… Doc Pomus and Jerry Wexler, Leiber and Stoller, Alan Freed and Bert Berns, Phil Spector and Carole King, Bob Dylan, Paul Simon, Lou Reed: we’ve always known that Jews played a central part in the history of rock – as songwriters and composers and producers as well as managers and businessmen. What Michael Billig does which is quite new is to wonder – why were Jews so important in shaping rock ‘n’ roll? With what consequences? Rock ‘n’ Roll Jews makes us rethink popular music history” – Simon Frith

“Only now has the major Jewish contribution (to rock music) been acknowledged. For that we can thank Michael Billig.” – The Guardian

“…the revelations are so surprising that I kept examining my collection to verify the claims. Neil Young’s razorwire rendition of On Broadway just isn’t Jewish. But there it is on the credits: Barry Mann, Cynthia Weil, Stoller and Leiber.” – Australian Jewish News

“…well-argued thesis that, like the best work of the artists he discusses, provides both entertainment and food for thought.”
– Record Collector

“This is a very special little book. All of my generation, and many younger, know songs like ‘Hound Dog’, ‘You’ve Lost That Lovin’ Feelin”, ‘Sweets for my Sweets’, ‘Save the Last Dance for Me’. How many of us realise that our response may have been influenced by the fact that so many of his songs were the product of assimilated and hidden Jewish America?” – New Zealand Jewish Chronicle

“Rock’n’Roll Jews is a valuable study that forces both Jews and non-Jews to rethink many of their assumptions about the role of Jews in contemporary western culture.” – Manna

“…a painstakingly researched book… that manages to put forward a strong argument that (rock music) could never have existed without Jewish involvement.” – Jewish Chronicle

“…an unexpected subject but it makes a fascinating read.”
– Nottingham Evening Post

“…there is much that is provocative in Michael’s book… his research unearthed a good deal of interesting trivia.” – Now Dig This

Shortlisted for the 2001 Jewish Quarterly/Wingate prize for Jewish non-fiction.

Michael Billig is Professor of Social Science at Loughborough University. Amongst his previous books are Talking of the Royal Family: Banal Nationalism; Fascists; and Freudian Repression. Rock ‘n’ Roll Jews is is his first book for Five Leaves and is aimed at both a popular and an academic market.