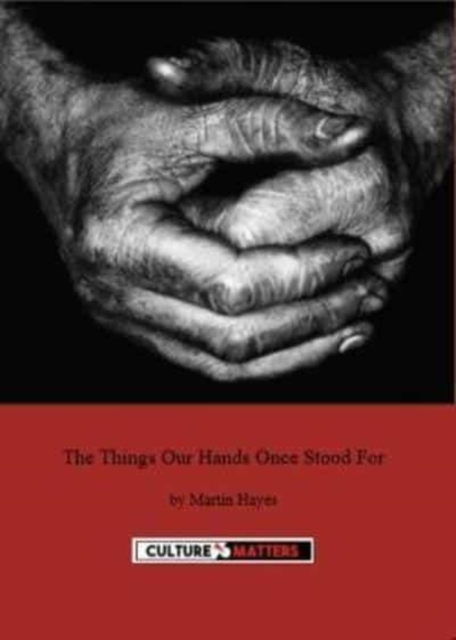 The Things Our Hands Once Stood For 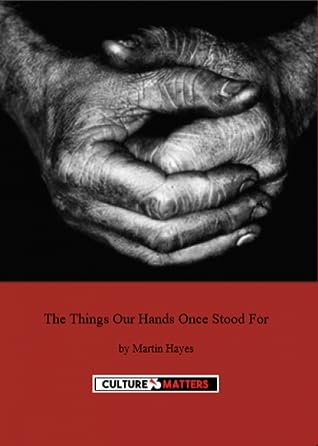 Culture Matters has published an outstanding new collection of poetry by Martin Hayes.
Martin Hayes is the only British poet who writes consistently and seriously about work, and about the insanity of a society where employees are seen as mere ‘hands’ whose sole role is to make money for the employer.

Alan Dent, a publisher and poet himself, who writes an illuminating introduction, says, “Hayes speaks for those whose lives are supposed to be not worth speaking about. He is intent on revealing the significance of the lives of ordinary people in the workplace. When current employment relations are consigned to the dustbin of history, and are viewed as we now view the feudal relations between lord and vassal, will people wonder why so little was written about it?”

Martin’s poems are direct and simple, and full of black humour. Like the grainy black and white images that illustrate them so well, they expose and express the simple, terrible truth – that the human relation on which our society is based, that between employer and employee, is morally indefensible. The clear message of his poetry is that those who do the work should own, control, and benefit fully from it. They should, in the last words of the last poem, ‘start the revolution that will change everything’, and show that ‘all of our fingertips combined/might just be the fingertips/ that keep us and this Universe/ stitched together’

Due to recent Covid updates and international shipping recommendations, we are temporarily suspending mail order to mainland Europe, Canada and Turkey. Other overseas countries, please email before ordering.