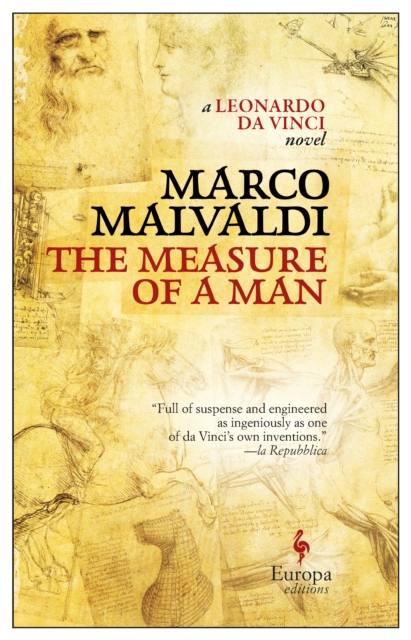 The Measure of a Man : A Novel about Leonardo da Vinci

October 1493, the height of the Renaissance. In a rapidly changing world, Milan flourishes under the leadership of Ludovico il Moro. Those wandering the courtyards of the city’s castle often encounter a man in his forties dressed in long pink robes, lost in his own thoughts. The man lives above his workshop, with his mother and a mischievous little boy whom he dotes on; he doesn’t eat meat, writes from right to left, and struggles to get paid by his employers. His name is Leonardo da Vinci. His fame extends beyond the Alps, to the French court of Charles VIII, whose envoys have been tasked with a secret mission that concerns Leonardo himself, and his most daring designs.