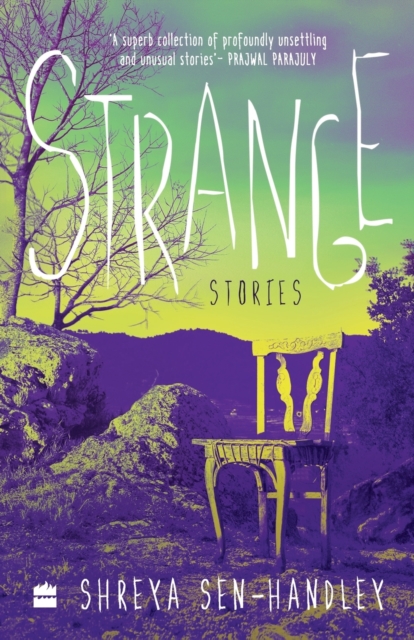 Add to Basket
Shreya Sen-Handley is the author of two books with HarperCollins, the recently published short story collection ‘Strange’, hailed as “masterful” by the grand old man of Indian English literature, Ruskin Bond, and the award-winning ‘Memoirs of My Body’, published in 2017. A librettist for the Welsh National Opera, the first South Asian woman to have written an international opera according to the international press, their multicultural opera ‘Migrations’ will go on tour in the UK in 2021. Shreya is also a columnist for the international media, writing for the National Geographic, CNN, The Guardian, and more, and an illustrator for Hachette and HarperCollins. She is a published poet, currently working on a new Welsh National Opera project, and writing her third book for HarperCollins, the travelogue ‘The Accidental Tourist’, alongside her monthly column for top Asian newspapers The Asian Age and Deccan Chronicle.