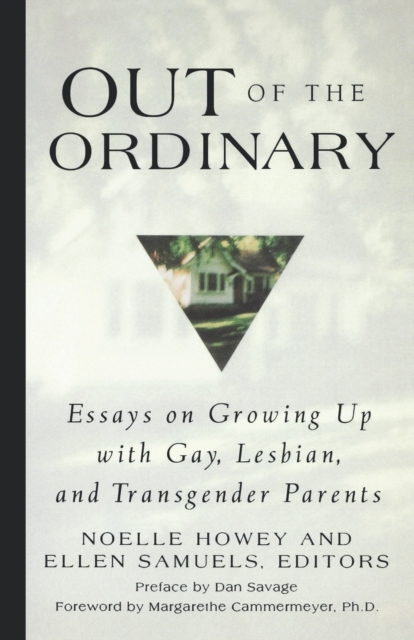 Out of the Ordinary

Out of the Ordinary is a collection of essays by the grown children of lesbian, gay, and transgender parents. Ranging from humorous to poignant, the essays touch on some of the most important and complicated issues facing them: dealing with a parent’s sexuality while developing an identity of one’s own; overcoming homophobia at school and at family or social gatherings; and defining the modern family. In a time when traditional family structure has undergone radical change, Out of the Ordinary is an important look at the meaning of love, family, and relationships, and will speak to anyone who has lived or is interested in non-traditional families.