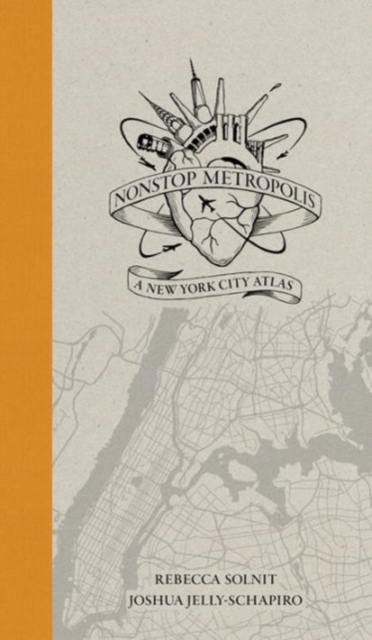 “The maps themselves are things of beauty…a document of its time, of our time.” -Sadie Stein, New York Times “One is invited to fathom the many New Yorks hidden from history’s eye…thoroughly terrific.” -Maria Popova, Brain Pickings Nonstop Metropolis, the culminating volume in a trilogy of atlases, conveys innumerable unbound experiences of New York City through twenty-six imaginative maps and informative essays. Bringing together the insights of dozens of experts-from linguists to music historians, ethnographers, urbanists, and environmental journalists-amplified by cartographers, artists, and photographers, it explores all five boroughs of New York City and parts of nearby New Jersey. We are invited to travel through Manhattan’s playgrounds, from polyglot Queens to many-faceted Brooklyn, and from the resilient Bronx to the mystical kung fu hip-hop mecca of Staten Island.

The contributors to this exquisitely designed and gorgeously illustrated volume celebrate New York City’s unique vitality, its incubation of the avant-garde, and its literary history, but they also critique its racial and economic inequality, environmental impact, and erasure of its past. Nonstop Metropolis allows us to excavate New York’s buried layers, to scrutinize its political heft, and to discover the unexpected in one of the most iconic cities in the world. It is both a challenge and homage to how New Yorkers think of their city, and how the world sees this capital of capitalism, culture, immigration, and more.