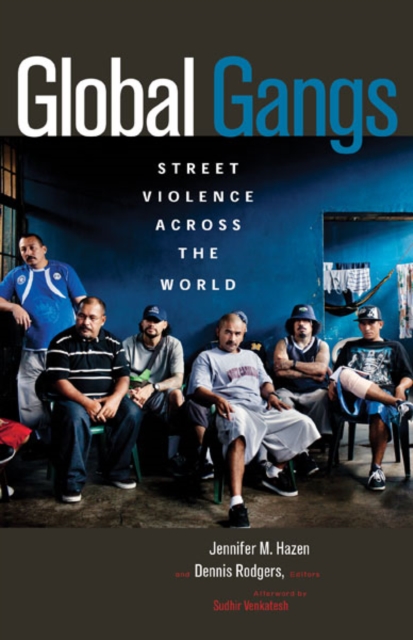 Gangs, often associated with brutality and senseless destructive violence, have not always been viewed as inherently antagonistic. The first studies of gangs depicted them as alternative sources of order in urban slums where the state’s authority was lacking, and they have subsequently been shown to be important elements in some youth life cycles. Despite their proliferation there is little consensus regarding what constitutes a gang.

Used to denote phenomena ranging from organized crime syndicates to groups of youths who gather spontaneously on street corners, even the term “gang” is ambiguous. Global Gangs offers a greater understanding of gangs through essays that investigate gangs spanning across nations, from Brazil to Indonesia, China to Kenya, and from El Salvador to Russia. Volume editors Jennifer M.

Hazen and Dennis Rodgers bring together contributors who examine gangs from a comparative perspective, discussing such topics as the role the apartheid regime in South Africa played in the emergence of gangs, the politics behind child vigilante squads in India, the relationship between immigration and gangs in France and the United States, and the complex stigmatization of youths in Mexico caused by the arbitrary deployment of the word “gang.” Featuring an afterword by renowned U.S. gang researcher Sudhir Venkatesh, this volume provides a comprehensive look into the experience of gangs across the world and in doing so challenges conventional notions of identity. Contributors: Enrique Desmond Arias, George Mason U; Jose Miguel Cruz, Florida International U; Steffen Jensen, DIGNITY-Danish Institute Against Torture; Gareth A.