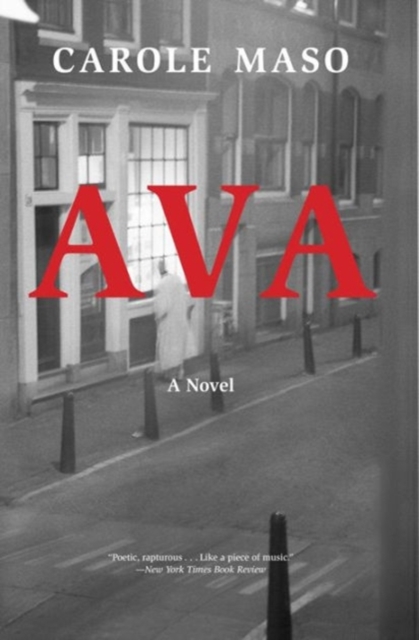 Ava Klein, thirty-nine, lover of life, world traveler, professor of comparative literature, is dying. From her hospital bed on this, her last day on earth, she makes one final ecstatic voyage. People, places, offhand memories, and imaginary things drift in and out of Ava’s consciousness and weave their way through the narrative.

And the dark.” The voices of her literary loves as well are woven into the narrative: Woolf, Eliot, Nabokov, Beckett, Sarraute, Lorca, Frisch, among others. These writers comment on and help guide us through the text. We hear the voices of her parents, who survived the Treblinka death camp, and of her Aunt Sophie, who did not.

War permeates the text, for on Ava Klein’s last day Iraq has invaded Kuwait. And above all we hear Ava’s voice. Hers is the voice of pleasure, of astonishment, the voice of regret, the voice of gratitude as she moves closer and closer to the “music that is silence.” AVA is an attempt, in the words of French feminist philosopher Helene Cixous, “to come up with a language that heals as much as it separates.” The fragments of the novel are combined to make a new kind of wholeness, allowing environments, states of mind, and rhythms not ordinarily associated with fiction to emerge.

AVA’s theme is the poignancy of mortality, the extraordinary desire to live, the inevitability of death–the things never done, never understood, the things never said, or said right, or said enough. Ava yearns and the reader yearns with her, struggling to hold on to all that slips away.