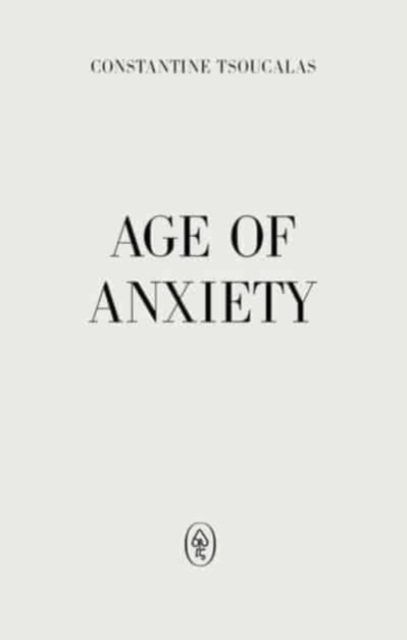 We live in an age of ever-deepening anxiety. Free of convictions, released from certainties, we appear untethered and alone. The values that underpinned our sense of, and need for, collectivity have been reduced to their lowest common denominator: liberty means nothing more than exploiting our individuality; equality has become an empty political slogan; as for solidarity, it s nowhere to be seen.

Such ruptures are neither accidental nor benign. The not-so-brave new social mandates are outgrowths of globalisation s casualties: complete eclipsing of political sovereignty, gradual weakening of national identities, and breakdown of the welfare state. The situation is one of crisis.

In this revelatory contribution to political science and sociology, Constantine Tsoucalas draws upon a wide range of philosophical discourses to understand and diagnose our anxious, opiate-seeking age, and to suggest that identity and difference have been incorporated into the deepest substratum of capital, culminating in our times greatest woe: the extreme fetishization of the self.

Due to recent Covid updates and international shipping recommendations, we are temporarily suspending mail order to mainland Europe, Canada and Turkey. Other overseas countries, please email before ordering.