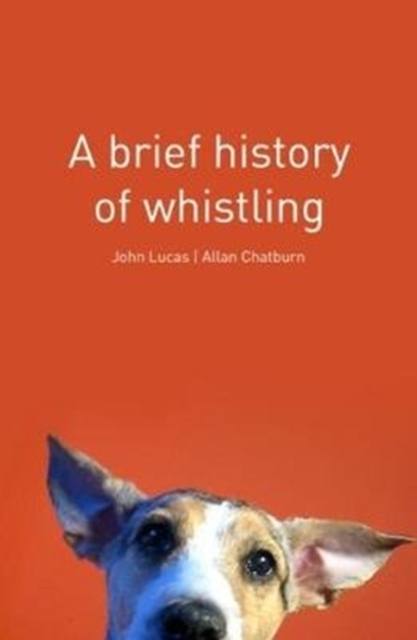 A brief history of whistling

We reprinted this book following a glimpse of it on a Ben Fogle TV programme, and a flood of orders!

Whistling has been used for communication, including secret communication, work, entertainment and self-expression. This book is inspired by the comment “You never hear anyone whistling nowadays”. True, but only in part, as whistling appears regularly in TV advertisements and even in rap songs.

A Brief History of Whistling is – astonishingly – the first popular work to look at whistling in all its forms, exploring folk traditions, music hall, film, the “whistling villages” and tribes in other countries, the varieties of whistling. The book attempts to answer the question “how do you whistle?”, which is more complicated than simply the instruction – as Lauren Bacall said to Humphrey Bogart – “just put your lips together and blow”. Yes, whistling can also be to do with sex, and it has also appeared in literature from Homer to DH Lawrence, and even provided a running storyline in Star Trek.

The book is richly illustrated by folk customs, sayings, and the astounding number of practical uses for whistling.

John Lucas has written many scholarly works on Dickens, Hardy, William Blake, and literature in the 1920s and the 1930s. His 92 Achernon Street won the Dolmen/Author’s Club Prize for travel writing. His memoir Next Year Will Be Better is published by Five Leaves. Allan Chatburn has been a manual worker all his life, returning to his trade as a plasterer after taking a degree in English Literature at Loughborough University.